I’ve struggled with it forever!

As a child I’ve already had many unnecessary kilogrammes, with which my slowed metabolism could not cope very well. Peers at elementary school would often hurt my feelings, bullying me with nicknames. I’d cry, hiding away in the corners, experiencing new humiliations.

My beloved parents, seeing what was happening, tried to help. Millions of tests and doctors visits didn’t bring any concrete results. As the weight kept growing, my self-confidence kept declining. During my adolescence, as a more self-conscious ’young woman’, I decided to take matters into my own hands. That is when my first attempts to lose weight and dieting begun.

In addition, I began very intensive exercise regime, attending to swimming and fitness classes. I’d lose weight but only for a moment. After one or two months of organism devastating diets and backbreaking exercises, I always went back to the initial body weight, often topping it! The yo-yo effect kept me awake at night.

It carried on for years. Living on diets prescribed by nutritionists, protein diets, cabbage diets, you name it. All of them were based on strict rules and counting calories. In the end eating for pure pleasure turned into pure mathematics. What’s worse, I had no idea how devastating these miracle diets were not only for my body but also … for my mind.

Joy, euphoria and satisfaction with „achieving the goal” were only short-lived and every time gave in to the pain and feeling of humiliation that came with the yo-yo effect. It was a truly terrible time for me; subsequent failures nearly brought me to a mental breakdown.

I knew I had to change something but I needed an impulse. I found it at the least expected moment – on a beautiful New Year’s Eve night.

Several years ago, on the 31st of December my husband and I went to a ball in Gdynia to celebrate New Year’s Eve. My friend Justyna, with whom I really wanted to meet after a four-month break, lived there. At that point I was over ten kilos heavier, then the last time we’d seen each other. Despite that – like every woman – I wanted to look beautiful.

I could feel the special atmosphere, I had a beautiful make-up, a dress sewn especially for this occasion and a carefully arranged hair. At the beginning of the night, I had a great time. After midnight, together with my friend, we went to the hotel room to re-touch our makeup. Justyna looked at me and said: “I see that you have put on weight again.” This sentence fell on me like a bolt from the sky – unexpectedly and with such a strong force that I was mentally struck down to my knees. To make matters worse, Justyna began to remind me of all those moments when I was slimmer.

Why is she doing it to me? Why is my best friend telling me this tonight out off all nights? Those questions kept rattling around my head and the previously drunk two glasses of champagne doubled the intensity of my emotions. That, for me, was the end of enjoyable New Year’s Eve. That was when I’ve made my final decision. The one thing I was sure of – I had to give up all the miracle-diets and finally find an effective way to lose weight.

After many hours of doctors and physiotherapists consultations, honest and intimate conversations with other obese people, I wrote „Transformations by Monika Honory”. 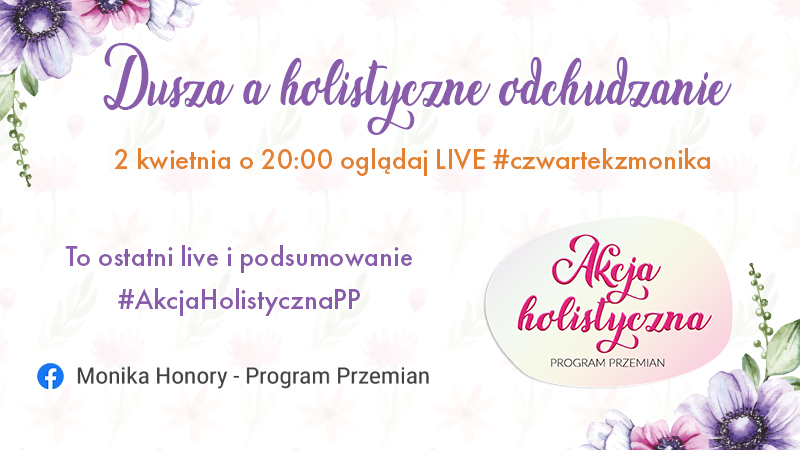 -40kg
without the yo-yo effect